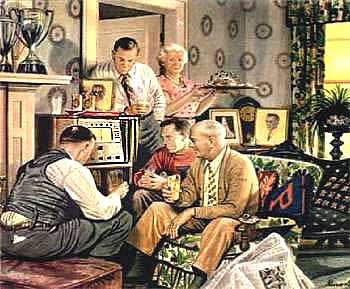 We called it ‘the wireless’ at our place.

I didn’t consciously gravitate towards it, my mother made the introduction. I now realise that for her, it was a companion, a lifeline, a way of connecting to the world that lay outside the confines of our home.

Silence, disengagement is almost impossible today and yet when I think back to my mother’s early married life – silence and disengagement was her everyday reality.

When my father left for work each day and in later years when we children were off at school, she was home alone. Unable as she was then to drive, the car in the garage was useless. We had no telephone, TV hadn’t yet made an appearance, she had no family close by,  there were no free community libraries, limited public transport. Her daily solitary task was to ‘keep house’.  The only people she saw were the nearby shopkeepers or the baker and greengrocer who came by the house in their horse and cart. Occasionally, the doctor or chemist.  She was, like many women of that time, living in silence, isolated and no doubt, lonely.

Mum was an intelligent woman and to break the monotony, to learn and engage with the world she took to the wireless – not randomly – only the stations 6WF or 6WN operated by the Australian Broadcasting Commission. She became a devotee. 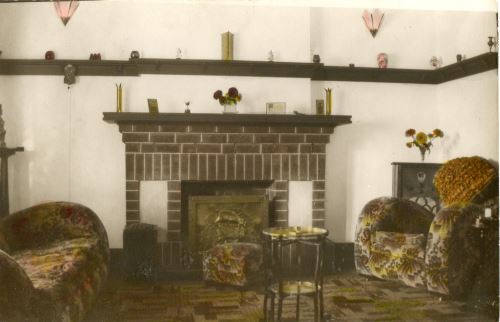 Initially, our large, imposing wireless was in the lounge room, tucked into a corner alongside the fireplace.

As a small child, I spent much of my day running in and out of the lounge room attending to the wireless until Dad installed a speaker on the kitchen wall alongside the mantelpiece over the gas stove. Mum was then able to control the volume of the unit without leaving the kitchen.

For some reason, I remember the 6WF morning programmes the best – The Hospital Half Hour, Yours for the Asking and the warm, rich voice of John Juan. When midday came, the Country Hour would commence with details of wheat prices and the nation’s rainfall and at one o’clock precisely, Mum would cease what she was doing, and sit down at the table with a cup of tea and a cigarette as the theme music of the daily serial, Blue Hills wafted around the house. Grannie Bishop and the Lawsons were part of our family, their triumphs and tragedies became ours too. Notes on the News, For you at home, Evening Melody - the afternoon programs rolled on, and on Sundays at 8pm, we would all gather in the lounge room for the broadcast of a one hour play on the Radio Theatre.

Whenever I hear certain pieces of light classical music, I think of Mum, twirling around in the tiny kitchen or singing away with the likes of June Bronhill or Vera Lynn. For my part, it was easy to pick up lyrics of many of the songs and I could also mimic some of the recitations I heard -  The White Magnolia Tree, The Lion and Albert…

There’s a famous seaside place called Blackpool,
That’s noted for fresh air and fun,
And Mr and Mrs Ramsbottom
Went there with young Albert, their son.

Sandwiched between the entertainment though, were discussions about current affairs, politics, women’s interests and social issues. This was her bread and butter, the other was the topping, the marmalade.

My introduction to the wireless began with the Kindergarten of the Air but it was the Argonaut’s Club which I came to when I was about ten, that I remember most fondly.

Around 5.15pm on weekdays, with the final bars of the theme song drifting from the wireless 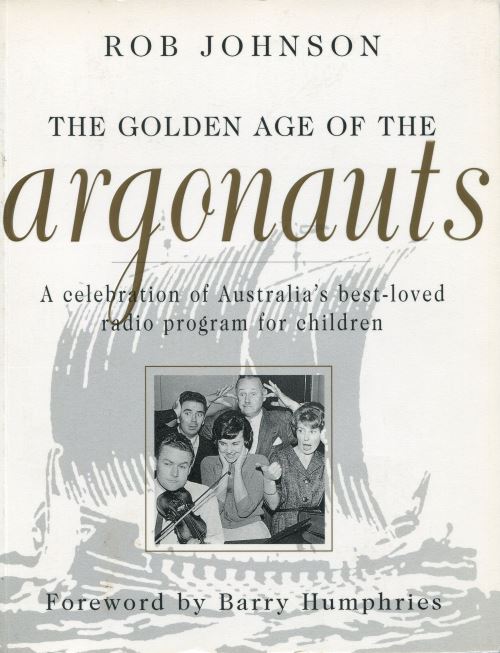 'That dangers lie ahead we know, we know.
But bend with all your might
As you sail into the night
And wrong will bow to right.
‘Jason’ cry, adventure know,
Argonauts row! Row! Row!'

I’d race to finish setting the kitchen table for tea, then disappear into the lounge room. Taking up my position on the enormous lounge chair, legs doubled underneath me, I’d lean my pad on the chair’s wide arms and with pencil poised, wait for the Leader, 'Jason'  to welcome us to the Club.

I was Antaeus 23 (the twenty-third of fifty rowers in the good ship Antaeus) and I idolised 'Jason' who I later discovered was James Condon, a young Perth actor, son of Coralie Condon. During the Club’s forty-five minutes, there was lots of nonsense and banter, an episode of a serial, mentions of books and the reading of letters and contributions. I had little talent for drawing so never sent in any items to the art expert 'Peter Palette', but almost every week, I wrote a story or poem which was duly posted to the Club in the hope of points and a blue certificate and perhaps eventually, a book prize. Every day, it seemed, I was charged with excitement, hoping that my latest contribution would be read out on the wireless.

And that’s exactly what happened. One memorable day, ‘Inky Wells’, the resident literary expert, (in reality the West Australian writer, John K Ewers), announced that I was to receive a purple certificate, reserved for extra special contributions, for my poem Wisha, Whisper which he then proceeded to read on air. I was beside myself with pride.

For many decades afterwards, I was able to recite my poem’s two verses in full. Sadly, the first verse, which was the better of the two, now escapes me (breeze and trees were definitely the rhyming words) but I recall the second verse... 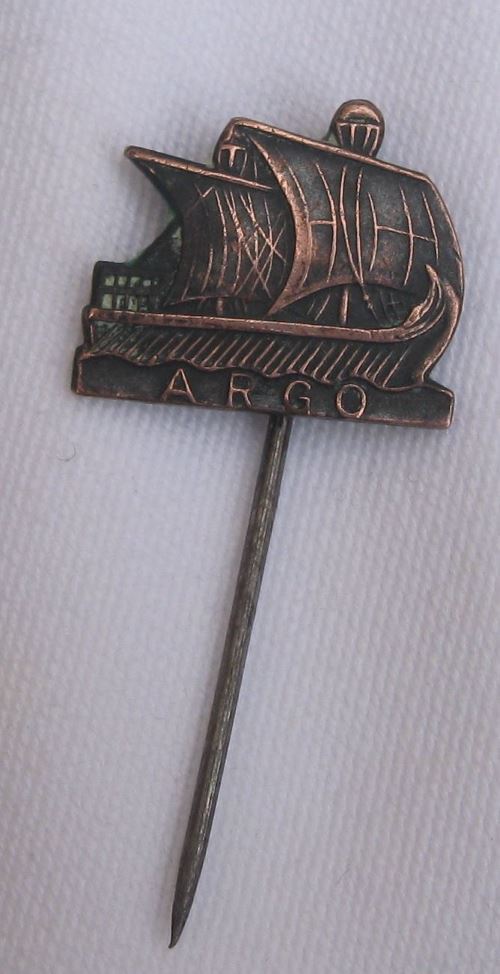 I don’t think I ever reached Dragon’s Tooth status, (achieved with 150 points), and as adolescence engulfed me, my loyalty to the Argonauts Club wavered and declined. I’d surpassed my expectations and the era of Elvis, rock ‘n roll and the Hit Parade was unfolding. In 1960 the wireless in our lounge room was replaced by the television set. I no longer listened and imagined, I watched and saw the results of someone else’s imagination.

Mum also watched the television in the evenings but she continued to listen to the wireless whenever she was able. It remained her lifeline and companion, almost to the end of her days.

As for the Argonauts…

Our national broadcaster saw the Club as a means to educate and stimulate the minds of children born in the Australia of the mid-twentieth century. I was proud to be an Argonaut and some sixty years later, still have my Argonauts badge! There were 100,000 of us around Australia, although as I recall, none of my friends ever joined the Club. Many of our numbers went on in their adult lives to make their mark as writers, artists, and educators, but what most of us remember is the prodding of our imagination and the sense of belonging, along with the encouragement of our creativity. And of course, the instrument that brought the outside world to our lounge room, 'the wireless'.