What is it about Trove?

It is one of the imperatives of good family history research that data resources such as newspapers and magazines are mined for material about the people of interest.

It is equally important that the social and economic history of the period in question is taken into account.

Here in Australia we are fortunate that our National Library undertook to scan and make available online as many past newspapers and magazines that they could get their hands on, subject to budgetary constraints of course.

We the people understand the need for budgets, and being able to do things within our means, as well as the escalating cost of doing the things that need doing.

Hence the need to do things smarter and use the technology available in a much more productive way, which brings me back to Trove.

The National Library of Australia, through Trove, has for the past several years excelled itself in providing a truly great National Resource in a ground breaking way.

Trove helps you find and use resources relating to Australia. It's more than a search engine. Trove brings together content from libraries, museums, archives and other research organisations and gives you tools to explore and build.

Trove is many things: a community, a set of services, an aggregation of metadata, and a growing repository of fulltext digital resources.

Best of all, Trove is yours, created and maintained by the National Library of Australia.

So, why is it that the National Library finds itself in the position where, because of the Governments "efficiency dividend", the Library will not only suffer from the usual issue of staff cuts, they will be forced to drop other aspects of their program.

The Library has said that they;

"...will also cease aggregating content in Trove from museums and universities unless it is fully funded to do so."

It appears that the National Library has been a victim of its own success in developing and using cutting edge solutions to a data aggregation and access problem.

Why should we family historians care about these cuts so long as the other useful material is maintained and improved.

Well, as is the way with government funding, this could once again prove to be the thin end of the wedge; the currently identified losses will be felt by a vast array of researchers in different disciplines, which will no doubt have a future impact upon the family hitorian in unforseen ways.

To quote from the Australian Governments National Innovation and Science Agenda, which has also been the mantra of the Prime Minister Malcolm Turnbull;

Innovation is at the heart of a strong economy—from IT to healthcare, defence and transport—it keeps us competitive, at the cutting edge, creates jobs and maintains our high standard of living.

It’s not just about new ideas, products and business models; innovation is also about creating a culture where we embrace risk, move quickly to back good ideas and learn from mistakes.

To ensure Australia is well placed to thrive in this exciting time, there are some areas we need to improve on. That’s why the National Innovation and Science Agenda puts forward a package of initiatives in four key areas:

we're backing our entrepreneurs by opening up new sources of finance, embracing risk taking on innovative ideas, and making more of our public research.

we're increasing collaboration between industry and researchers to find solutions to real world problems and to create jobs and growth.

we're developing and attracting world-class talent for the jobs of the future.

government will lead by example by embracing innovation and agility in the way we do business.

The government holds a huge amount of unique data and it’s time we put it to good use.

Trove does all of this in spades

So where is the support for innovation and the above four key elements in the cuts to the National Library, and what is/are the likely outcome/s;

Taking the leap - staff to gather at the nearest jetty

Working together - not able to do so

Data sharing for innovation - cut funding to stifle putting the data to good use - seems like a good idea...

There are other examples on the website that are just a bit too close to the bone as well, such as Data61 which states that

a data revolution will impact almost every industry and government function.

Not if you cut funding to the innovators.

All of these stated objective have been undermined by the cuts, sorry efficiency dividend, to Trove.

Unintended consequences will manifest themselves in various ways, and some of them will be unseen by the public and the Government.

For example; people will just not be able to do the research that they need to do (for whatever project they are working on). Not having material available in the future from museums and universities, and no doubt reduced capacity to continue doing the good work on newspapers at the same rate as in the past, will impact on research institutions as well as we the public.

Not a good outcome for the "innovative and agile" nation that the Prime Minister wants us to aspire to be.

On a personal note - Trove has helped my own research in many ways, as it has for countless other family historians.

We have found information about members of both our maternal and paternal ancestral families that we would never have known had it not been for Trove, in particular using the digitised newspapers across all States of Australia.

The ability to use Trove from the comfort of home, rather than travelling to distant cities to visit their repositories has been an underestimated benefit of Trove to users.

As a researcher involved in projects for WAGS (The Western Australian Genealogical Society) Trove has been invaluable in helping us to find information on men and women serving in the 1914-1918 war.

Using the Trove API to mine images and articles we have been able to identify some of the men in the 11th Battalion Khufu (Cheops) photograph of 10 January 1914.

Without Trove many of these men would never have been identified.

The images below are aggregated snapshots of images and articles from we have collected Trove newspapers using the Trove API. 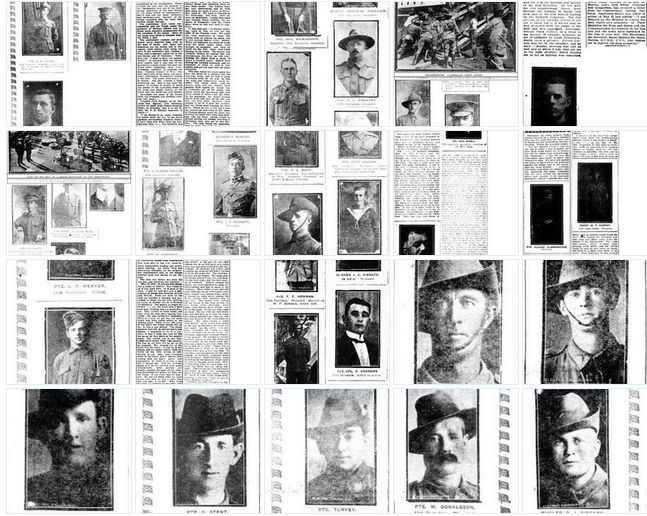 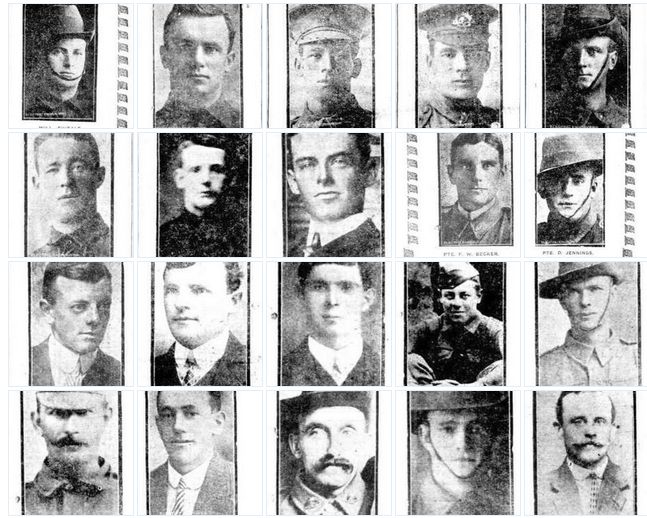 We the public live in hope

One can but live in hope that the Government, Prime Minister & Treasurer in particular, can see that there will be unintended consequences to cutting funding to one of the most innovative and agile programs of successful working together that this country has seen in the area of data aggregation and access.