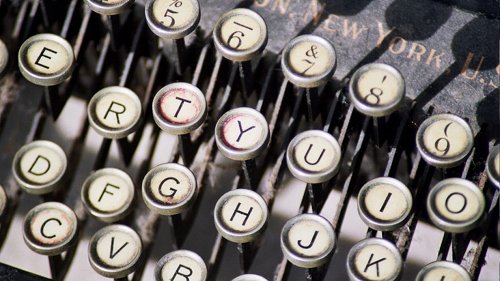 Clearly identified as a Remington 12, I learnt that this model first came on the market in the mid-1920s but I don’t think my mother acquired it until the 1950s. Where it was before then is anyone’s guess.

It sat on the dining room table in my parent’s home, positioned on a thick felt mat to protect the table’s surface and when not in use, was hidden beneath a rather ugly custom made beige vinyl cover made by one of my Dad’s workmates.

In my mind’s eye, I can still picture my Mum seated in front of it, cigarette burning in the ashtray alongside, surrounded by minute books, handwritten notes and a slim box of carbon paper. If I close my eyes, I can hear the many sounds it made as her fingers flew over the round white keys.

The brisk winding of the rollers as she guided the paper into position; the staccato clack-clack-clack-clack of the metal type as they flew towards the paper; the ‘thunk’ of the shift key followed by the ‘bing – ziiiiiiiiiiiiiiiip’ as the carriage reached the end and moved down; the ‘ssssshhhhhp’ as she pulled the finished page from the rollers. Those sounds had a comforting, efficient rhythm and resounded around the house. We always knew where Mum was.

Mum used a dual colour ribbon – black and red – and if it got out of alignment, the document she created had a technicolour look, the upper half of each letter in black and the lower half in red. At the end of a typing session, she would gently sweep up the tiny rubber flakes shed by the hard circular eraser and then cover the machine. 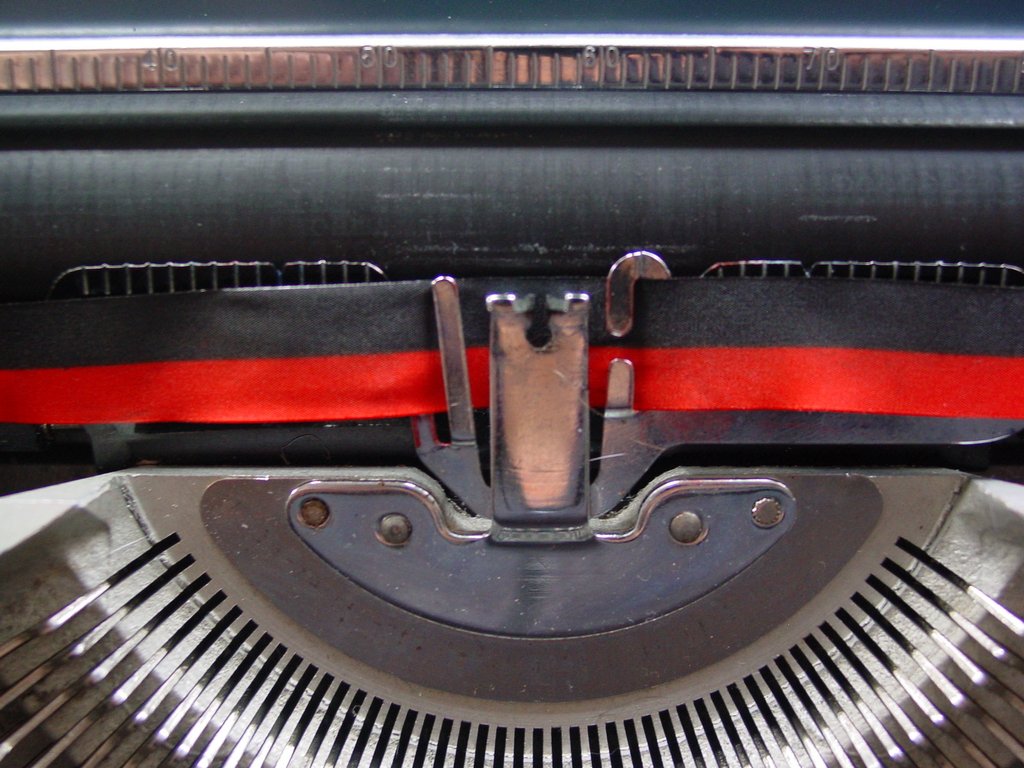 Initially, I was fascinated by Mum’s Remington and whenever I was allowed, propped myself up on a cushion and happily banged the keys, creating meaningless rows of letters and spaces. As time went on, I became faster and more adroit. It was then I removed all the loose handwritten recipes that were tucked into her bulging Golden Wattle cookbook and painstakingly typed them. I seem to recall that I also created an index but that’s probably wishful thinking rather than fact.

As time went on, I grew disdainful of it. The fascination had gone. Modern machines, some electric, appeared on the market and became staple items in Perth homes. Smaller, quieter and so much easier to operate, we urged her to upgrade but all our efforts were strenuously resisted. I guess her Remington, like her, symbolised solidarity and substance.

Mum used her typewriter to connect with family and friends and make a contribution to the community around her. She had great sympathy for the isolation felt by non-English speaking post-war migrants, especially the women, and created typed lists of simple words and phrases to help them with their daily interactions.

A devout Catholic, she belonged to several lay societies and in most cases was their secretary or newsletter editor….. or both. The same dining table was often littered with piles of pages she’d created from a stencil and later Roneoed.  I was often pressed into service assembling and stapling them.

Mum would regularly visit the Para Quad Centre in Shenton Park where several of the long-term patients would dictate their correspondence to her. She would then edit, type and post it for them.  She also used the typewriter to write to her children and grandchildren who were either travelling or living away from home.

I wonder what Mum would make of computers and the many like gadgets in use today? I suspect she’d be very wary and would stick steadfastly to what she knew. I also wonder what her great-grandchildren would make of this large, black, heavy mechanical object which required both physical and mental dexterity to use, as well as the ability to cope with the frustration of snarled ribbons, spilt Tippex, smudgy carbon paper and worn typeface.

Mum’s typewriter mirrored to some degree who she was and the times she graced and is now starting a new chapter in its life, almost 100 years on. No longer in the wardrobe, it’s to have a new home in a new city. 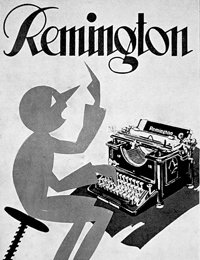