Who were the Black Anzacs? Probably not who you think they were ......

There’s no guessing where family history will take you.

Sixteen years ago, Doug Walsh had no idea what would eventuate from his vague idea of writing his father’s biography.  Certainly not the production of a book titled The Black Anzacs. 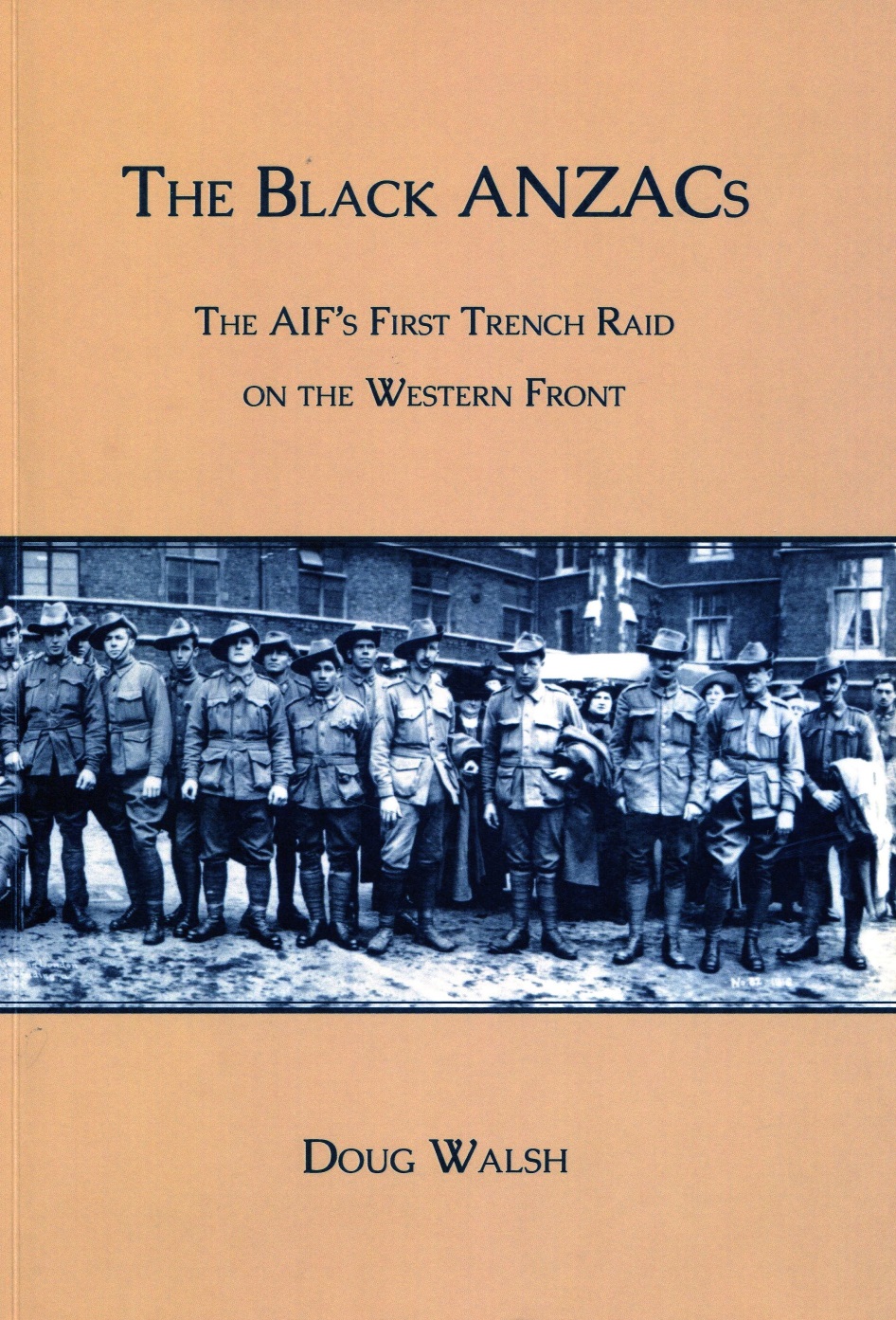 In 1996, Doug saw a photograph reproduced in The West Australian newspaper. It had been taken on 14th June 1916 and showed thirty seven members of the AIF enjoying special leave in London.  They were part of a group of seventy three men who had been involved in a successful raid on German trenches on the Western Front.  With faces blackened with burnt cork and wearing dark clothes, these men presented a fearsome sight to each other, let alone the surprised German soldiers who encountered them in the dead of night.

With incredible stealth and under cover of a supporting barrage, they made their way across no-man’s land into the German trenches inflicting serious casualties. Taking prisoners, capturing weapons and valuable intelligence they returned to their own lines without the German command knowing they had even been there.

Forty one of the men came from the 28th Battalion, thirty from the 26th and two from the 27th Battalion. Most of the men were born in Australia and their backgrounds were varied - teachers, accountants, farmers, timber fellers, blacksmiths, labourers etc.

Importantly for Doug, he and his siblings recognised his father, Sgt Claude Walsh in the photo published in newspaper and so began Doug’s quest to discover the names of the seventy three Black Anzacs and identify which of them appeared in the London photo.

Doug, the ninth of ten children, was born in Guildford. His father Claude served in both World Wars and a chronic war induced illness meant that in later life he was awarded a pension.  Doug, with help from Legacy was able to complete tertiary studies and went on to teach science in Canada, England and rural Western Australia.

His comprehensive book contains the story of the raids and the London photograph as well as biographies of the seventy three men involved. There are also some fascinating statistics – forty of the seventy three men enlisted in WA and the youngest raider, Herbert Thomas Walters was only 16 years 11 months when he enlisted. The oldest, Duncan McLeod, was forty two and was killed in no-man’s land returning from a raid.  Awards were made to twenty one of the men, seven were court martialled and twenty eight were killed in action or died of wounds.

A copy of Doug’s book is available in the WAGS Library and it’s a fascinating read. However, if you find the notation ‘took part in a raid on trenches on night of 6/7 June 1916 on the AIF service file of one of your family members, then reading Doug’s book is imperative. You have a Black Anzac in the family!